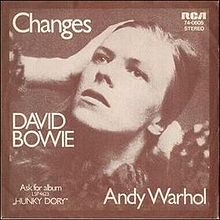 I will make available the R-script for anyone who wants to play with this themselves – it is the best way to get a feel for the algorithm I plan on presenting. Finally I will apply the algorithm to the monthly returns data for the last 14 years for the Winton Diversified Fund.

It has been suggested to me that I present the previous algorithm in simpler terms, so here it is (let’s call it “Find Change”):

Using this process we will have tested every possible change point and selected the one that represents the most significant change in the mean and standard deviation and that is at least “margin” data points away from either end of the series.

Under the right circumstances, twice the log-likelihood ratio follows a chi-squared distribution with degrees of freedom equal to the difference in degrees of freedom between the alternate and null hypotheses. This allows us to pick a minimum significance that must be exceeded before our procedure reports a change. We can control the “sensitivity” of the algorithm.

Not A Chi-Squared Distribution

Using our augmented “Find Change” algorithm, we have enough to build an algorithm which takes advantage of R’s recursive function capability (let’s call it “Decompose Series”):

The use of “margin” blocks the over-sensitivity of the algorithm to changes near the end-points – it allows us to increase the sensitivity without getting changes reported every couple of data points. There may be better ways of handling this. 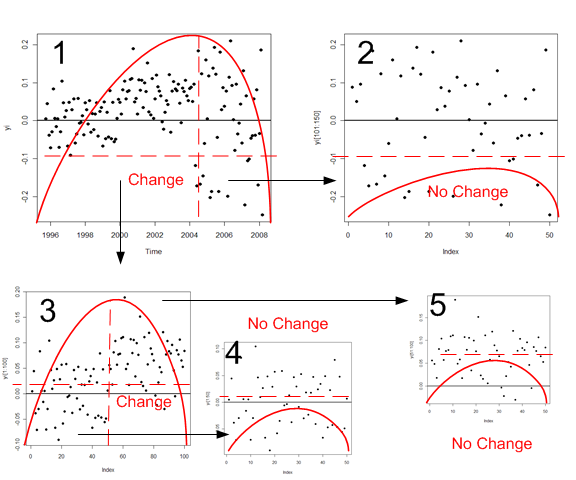 Following are some pictures of the behavior of the algorithm tested against random changes in mean and standard deviation at random times in random length series. The first two use a significance level of p.crit = 5%. The first series has a few changes and fairly short series, the other has many changes and longer series. 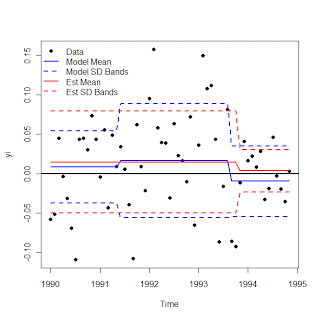 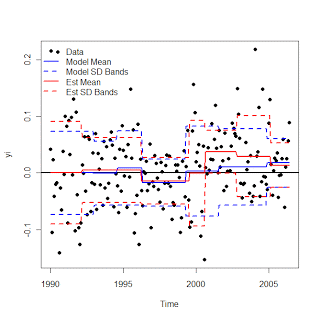 The next two pictures give a flavor of the effect of changing the significance level, On the left I use a significance of p.crit = 1%, and on the right p.crit = 20%. The first detects nothing, the second is overly sensitive. 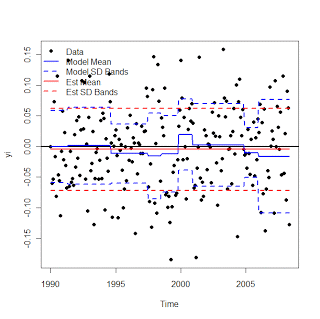 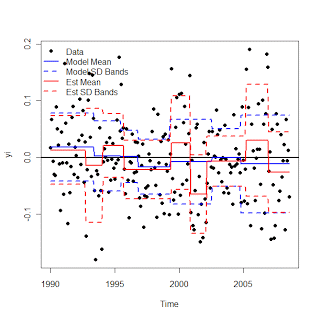 The only way to get a feel for this is to play with it! Ask me for the code using the “Contact Us” link top right and I can email you the R script. 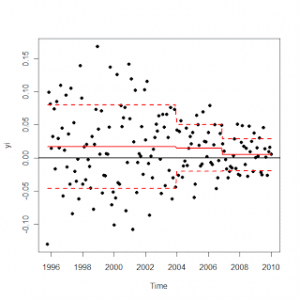 Here is what happens at a p-crit value of 5% when we submit the last 14 years or so of Winton’s Diversified Fund returns to the change detection algorithm. It is interesting to see both the estimated returns and estimated standard deviation of returns step down. It looks like Winton reduced their volatility and returns in two stages first in 2004 and again in 2007.

I would not read too much in to the return figures as we have already seen that the algorithm does a better job picking up volatility changes than return changes. Putting this in a manager-monitoring context it would certainly highlight an issue that an asset allocator would want to raise with the fund manager. Maybe it is significant, maybe not, but now we can go to the manager and find out.